The regions of Uganda are known as Central, Western, Eastern, and Northern. These four regions are in turn divided into districts. There were 56 districts in 2002, which expanded into 111 districts plus one city (Kampala) by 2010.

In 2002 approximately 3 million people, or 12% of the country's population, lived in urban areas. The Central region contained 54% of the urban population (mostly in the city of Kampala), the Northern region 17%, the Western region 14%, and the Eastern region 13%. 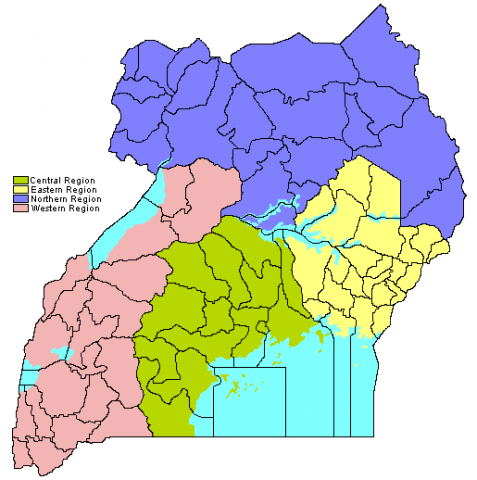