Government Continues to Boost Production in Karamoja and Northern Uganda to contribute to trade and industry production in the Country. In April 2014 the successfully completed projects to be paid is to the tune of Uganda Shillings 58,356,837 as the Value of certificate raised out of the contract Value amounting Uganda Shillings 282,977,640. Excavation of the  Waliwal valley tank in progress

The Project works contracted to Alumehl General Enterprises (U) Ltd that were evaluated for payment include the following: Construction of 12 community cattle crushes in the sub counties of Purongo (1), Nwoya TC (1), Anaka (2), Alero (1) in Nwoya district, Paicho (1) in Gulu district, Lagoro (1) and Orom (2) in Kitgum district, Lapul (1) and Acholibur (2) in Pader district.

Other activities conducted under Northern Uganda Agriculture Livelihoods Recovery Programme (ALREP) include:
•    Evaluated the tender for supply, delivery, installation and commissioning of solar power units for 28 sub county and district production offices in Northern Uganda. The Evaluation Committee recommended the award of the contract to Ugasolar Suppliers Ltd at UGX 423,450,720, which is within PE4 budget
•    Reviewed and provided feedback on Quarterly reports for Kolline and Ahmed (January-March 2014) and PSFU (October – December 2013 and January-March 2014)
•    Provided guidance to AVSI on conducting the grant endline survey and final evaluation
•    Provided feedback on CARE Output verification reports to District Focal Point Officers of Lira and Oyam districts, who are conducting the verification on behalf of PMU.
•    Submitted the Quarterly progress report for January–March 2014 to Planning Unit
•    Initiated the procurement of bicycles for PMCs in Lango sub region (Lira, Otuke, Alebtong, Apac, Kole and Oyam districts)
•    Developed tender dossier for supply of animal health and included cost estimates for the various items in the tender dossier
•    Provided feedback on NTV proposal for TV documentary and news feature coverage.
•    Conducted site meetings and paid meals allowances to PMCs on various projects in Kitgum, Lamwo and Agago districts as indicated below: 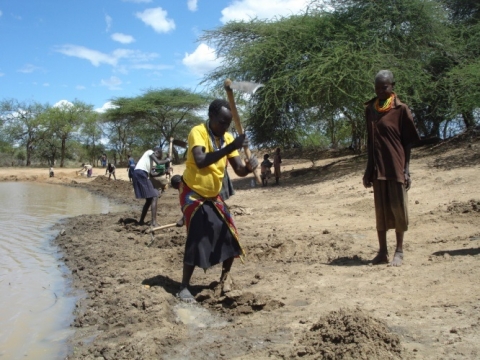 
Several actities were also conducted under and Karamoja Livelihoods Programme (KALIP) that include:
1.    Paid UGX 3,069,000 to the Napak District Police Commander to facilitate the police officers and school crime prevention club patrons in conducting meetings for crime prevention initiatives.
2.    Programme Engineer monitored works in Napak district. Progress of the works is as below:
(i)    Napak district production office: Painting has been completed while the construction of septic tank and laboratory worktops is on-going
(ii)    Lorengechora Sub County production office: Rectification of the cracked floor is on-going and the contractor was advised to re-do floor at the reception area

3.    PMU held meeting with Mercy Corps, a KALIP Implementing partner, to discuss critical gaps raised in the draft final report of grant contract and the omission of issues outlined in the feedback letter about PMU Output verification. PMU requested Mercy Corps to re-draft the final report with consideration of the following:-
(i)    remove the intermediate outputs, and only discuss the cumulative outputs
(ii)    describe the changes in outputs and the reasons for the change
(iii)    include a financial analysis in tables and graphs e.g. operational and programmatic costs, own contributions, costs of Labour Intensive Works Vs contracted costs, and a breakdown of costs of Labour Intensive Works to training, tools and materials and actual payments
(iv)    make a stronger reference to the base-line report and the logframe indicators
(v)    deeper analysis of the successes and setbacks, and critical lessons for future programming 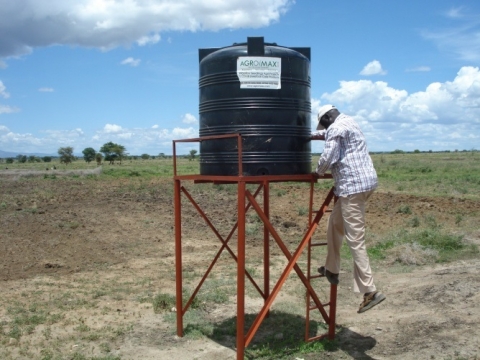 4.    Ministry of Water and Environment is undertaking concurrent construction of Akeler valley tank in Oreta parish, Nyakwae Sub-county in Abim District and Waliwal valley tank in Lokadeli parish, Rengen Sub-county in Kotido District. The excavation of the valley tanks and trimming and shaping of the side slopes of the valley tanks and earth bunds are progressing on well.
5.    Reminded ASB and FAO, the KALIP Implementing Partners to submit their quarterly reports for the period January – March 2014.
6.    Continued with drafting of the narrative quarterly report for January-March 2014. 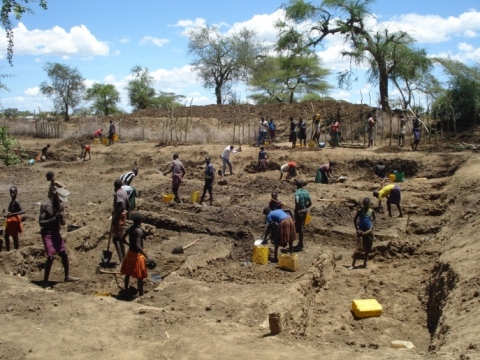 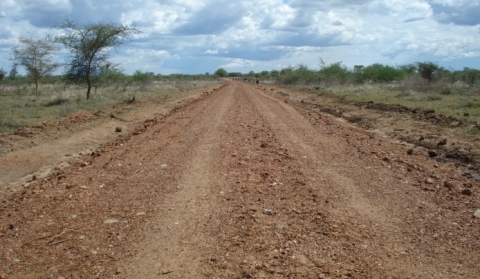 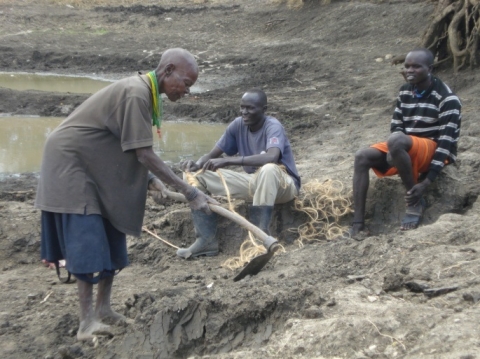 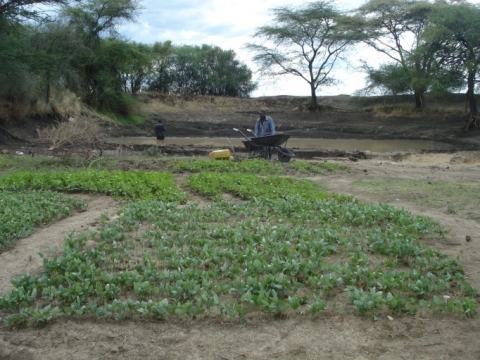